Collecting Compensation After a Construction Accident 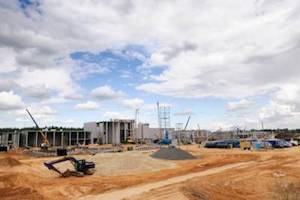 The potential for workplace accidents on construction sites is understandably high, given the amount of heavy machinery, dangerous tools, heights, motor vehicle traffic, and other hazards all found together in one confined space. When you or a loved one is injured on a construction site, however, collecting the compensation you need to put your life back together can be a challenge.

According to the Occupational Safety and Health Administration (OSHA), there are around 252,000 construction sites and 6.5 million construction workers on those sites at any given day within the U.S. The most common types of construction injuries reported to OSHA are caused by:

While the dangers of construction work are well known, securing compensation following an accident is not always as easy it should be.

Variables on a Construction Site

In a more traditional work setting, a worker does a similar job every day in the same building, whether that is an office, factory, school, or another facility. Such a worker is almost always an employee, so if he or she is injured in the course of performing his or her job, the state’s workers’ compensation benefits are usually available.

On a construction site, however, things are often quite different. There are frequently workers from many different companies, and some of the individuals performing certain jobs may even be self-employed or independent contractors. Workers’ compensation does not cover independent contractors, so when a contractor gets hurt on the job, he or she could be responsible for all of the incurred costs, but there are important exceptions.

If a contractor is injured due to the negligence or actions of another person or entity, that party could be held liable for the contractor’s injuries. Technically, this type of scenario could occur in any work environment where contractors are utilized, but it is especially common on construction sites.

Injured on the Job? Call a San Jose Attorney Today

When you have been injured on the job, it is important to seek legal help in securing the compensation you deserve. Contact an experienced San Jose workplace injury attorney to get the guidance you need. Call (408) 289-1417 for a free consultation with Corsiglia McMahon & Allard, L.L.P. today.