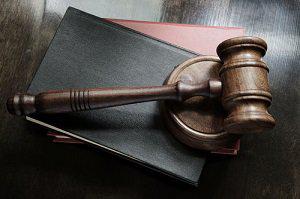 Everyone is familiar with the idea that when a person commits a crime and hurts another person, he or she may be incarcerated, fined, or otherwise criminally punished. Unfortunately, other than the prevention of future harm and the moral satisfaction of justice being served, these penalties do not do the victim much good. Luckily, those who have been harmed by crimes committed against them can file civil lawsuits seeking monetary compensation for the harm they have suffered.

When an offender has been convicted of a crime, the victim of the crime may be able to be compensated for some of the resulting harm through restitution and compensation. Restitution is the perpetrator’s repayment of the victim’s economic losses, such as medical bills, lost wages, or property damage. If the perpetrator is not found or convicted, victims may be eligible for some compensation from the California Victim Compensation Program.

However, these measures often do not cover all of the victim’s economic and noneconomic losses. A civil suit can compensate the victim more fully, and is available if there was never a criminal conviction or even a trial. Though many economic losses may be covered by restitution or compensation, many victims are not fully reimbursed through these programs, whereas a personal injury suit may be able to more fully cover those losses. Additionally, a civil suit can reimburse a victim for noneconomic losses, such as pain and suffering or mental distress.

Another benefit of a civil suit is the ability to sue third parties who were not perpetrators of the crime, but who were otherwise responsible. This may also be useful to the injured party if the perpetrator of the crime is insolvent, but other, wealthier parties were also liable. For example, the manager of a hotel would not be convicted of any crime if a guest was assaulted in the hotel lobby. However, the guest may be able to recover damages from the hotel in a civil suit if the hotel did not provide proper security, thus allowing the crime to happen. This means that even if the attacker was insolvent and unable to pay damages, the hotel would be able to compensate the victim.

Civil lawsuits also allow victims to have control over the suits. In a criminal trial, the victim serves mainly as a witness. The state prosecutes criminal cases, so the district attorney is the one who makes decisions such as whether to take the case to trial, which witnesses to call, etc. In a personal injury suit, the victim is a party who chooses the lawyer and retains control over the direction and decision-making of the case.

An important difference between a civil and a criminal case is the burden of proof required, or how persuasive the evidence must be in order to win. To convict in a criminal case, the prosecution must prove guilt beyond a reasonable doubt. However, in a civil case, the standard is much lower. To win, the plaintiff must prove liability by a preponderance of the evidence, meaning that one side is more persuasive than the other. A well-known example of the effect these differing standards can have is the O.J. Simpson murder case. Simpson was acquitted of the murder of his ex-wife, Nicole Brown, and her friend Ronald Goldman, because of a lack of evidence. However, Brown’s and Goldman’s families later sued Simpson and received $33.5 million in compensatory and punitive damages.

Though restitution and compensation may compensate the victims of crime for some losses caused by a personal injury, these methods are often unable to truly ensure justice. A civil personal injury suit may be the answer. If you or a loved one has been hurt in an accident or intentionally, please reach out to the experienced San Jose personal injury attorneys at Corsiglia, McMahon & Allard, L.L.P. today for a free consultation by calling (408) 289-1417.