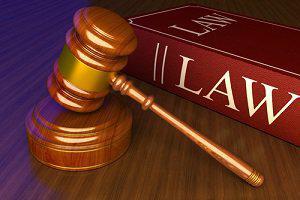 California law provides that injured people can sue the perpetrators of crimes that have caused them injuries. Often, civil personal injury suits will be based on a theory of negligence, meaning that the harm resulted from a perpetrator’s carelessness and disregard for others’ safety. However, criminal convictions require intent, rather than mere negligence. Thus, when a criminal act causes harm, the victim’s civil suit will be based on a different theory, such as assault, battery, kidnapping, etc.

California’s criminal statute defines battery as a willful and unlawful use of force or violence against another person. It is punishable by an imprisonment of up to six months, a fine of up to $2,000, or both. However, California law also provides that the victim of battery can also sue the batterer civilly.

To successfully sue someone for civil battery, the injured person must prove four things:

The injured person does not have to prove an intent to injure, just an intent to touch. However, negligent touching, such as accidentally bumping someone while walking through a crowded hallway, is not sufficient. Also, intent transfers, meaning that the defendant did not have to intend to touch the specific person who was touched, as long as he or she meant to touch someone.

If an injured person consented to the touching, he or she cannot recover in a civil battery action. However, if a person consents to some touching, but puts limits or conditions on the touching, and those conditions are violated, he or she may be able to recover. For example, if a patient consents to an operation and specifies that any blood transfusions must be from family member donors, but the doctor uses HIV-positive blood from an unrelated donor, that is a battery because the terms of the consent were violated.

To collect damages in a civil suit, an injured party must be harmed. The requirement that the injured party be harmed or offended means that someone suing for civil battery can collect economic, non-economic (e.g. pain and suffering), and/or punitive damages.

Civil battery requires only “the least touching.” The physical contact does not have to cause physical harm or pain or leave a mark, and does not have to be violent. However, it does have to be the sort of touching that would be harmful or offensive to a reasonable person. For example, if a woman taps a colleague on the shoulder to get his attention, and he is offended, that will not be sufficient for a battery suit because a reasonable person is not likely to be offended by that touching.

Being battered can be stressful, physically, emotionally, and economically. If you or a loved one has been hurt in an accident or intentionally, and you feel that someone may be at fault, please contact the experienced San Jose personal injury attorneys at Corsiglia, McMahon & Allard, L.L.P for a free consultation today at (408) 289-1417.