Children and Premises Liability in California 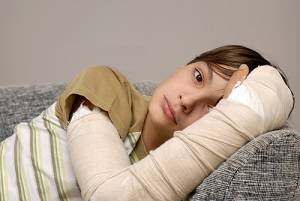 Children are prone to accidents and injuries. Sometimes, those accidents occur when children wander onto others’ property and are injured by dangerous conditions on the property. California law protects those children, giving them a cause of action to recover monetary compensation for their injuries.

Prior to 1970, California used the attractive nuisance doctrine in cases where children who trespassed onto others’ property were injured by dangerous conditions on the premises. Before that time, California law stated that the legal status of a person on land had an impact on whether he or she could recover compensation for injuries received on the property. People on others’ property were divided into three categories: invitees, licensees, and trespassers, depending on their purposes for being on the land, and on whether they had permission to be on the premises. A person’s status as a trespasser meant that he or she assumed the risk of dangers on the property, so trespassers had fewer legal protections if injured.

The attractive nuisance doctrine was an exception for trespassers who were children. Under this doctrine, property owners owed a different level of duty to child trespassers than to adults. A landlord would be liable for injuries caused by dangerous conditions on the land that were attractive to children, and might induce them to trespass, for example, an unguarded pool, abandoned machinery, or an open pit.

In order to recover compensation for injuries caused by an attractive nuisance, a party acting on behalf of a trespassing child needed to prove that:

However, when California abandoned the distinctions between invitees, licensees, and trespassers, the court also abolished the attractive nuisance exception.

Under current California law, a court determines whether an injured person receives compensation based on whether the property owner used reasonable care to keep the premises safe. Instead of focusing on a person’s legal status on the land, courts decide whether it was foreseeable that a person would be harmed on the premises. The status as a trespasser is no longer determinative of whether a property owner owes a duty to protect against a dangerous condition.

In determining whether a property owner used reasonable care in the case of a child trespasser, courts examine several factors, including:

When a child is injured by a known hazard on another’s property, the attractiveness of a condition on land could mean that it is foreseeable that a child would come onto the property. Thus, the presence of a condition such as a pool, that would previously have been considered an attractive nuisance, can have an effect on a child’s ability to recover compensation.

If your child has been injured in a slip and fall or other accident on another’s property, please call the passionate San Jose personal injury attorneys at Corsiglia, McMahon & Allard, L.L.P. for a free initial consultation.