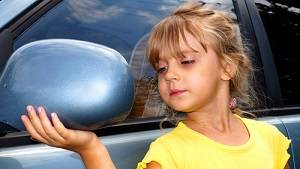 Recently, a two-year-old child in Richmond was tragically killed when she was accidentally struck by a vehicle in the family’s driveway. Unfortunately, inuries to children in these types of devastating car accidents are not uncommon. In fact, many auto accidents involving children do not take place on public roads, but in parking lots and driveways. These types of non-traffic crashes can be just as deadly and emotionally scarring as more typical car accidents.

Non-traffic crashes are accidents that occur in driveways, private roads, and parking lots, rather than on public streets and freeways. This type of accident also includes non-crash scenarios, such as when a car falls on someone or a person is injured or killed by unintentional carbon monoxide poisoning.

According to the National Highway Traffic Safety Administration, more than 220 non-occupant children and 40 occupant children die in non-traffic incidents each year, and an additional 8,000 children are injured. Non-traffic accidents are especially dangerous to young children, and it is estimated that around 84 percent of children who were not occupants of a vehicle and who died in this type of accident were four years old and younger.

Interestingly, non-traffic crashes involving children have a tendency to occur more often at certain times during the day. For instance, data indicates that the most common time for children to be injured by a vehicle is between 3:00 p.m. and 6:00 p.m. when they are walking to and from school. During the summer, more injuries tend to take place in the evenings, when children are playing outside in the street and in their driveways.

Children between the ages of 5 and 14 have a higher likelihood of being injured by a vehicle during the weekday mornings when they are walking to school. Toddlers and preschoolers are the most at risk of becoming victims of non-traffic crashes and are most often injured in private driveways.

However, in the event that someone else is responsible for an injury or death of a child, parents may have legal recourse to compensate them for medical costs. Drivers owe a special duty of care to children because they are smaller, less visible, and unpredictable. When a driver knew or should have known that small children were at play in the area, but still did not exercise a greater degree of care, he or she can be held liable for the injuries caused to the child.

All car accidents can take a severe emotional and physical toll, but collisions involving children are especially devastating. If your child was injured or killed in a car crash, whether on the road or in a driveway or parking lot, an experienced lawyer will be able to get you started on the road to recovery. Please call a skilled San Jose personal injury attorney at Corsiglia, McMahon & Allard, L.L.P. for a free consultation.