Can You Be Compensated for Post-Injury Complications? 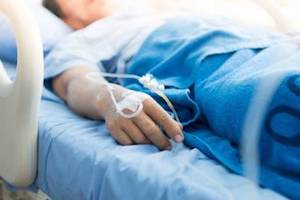 While many employees heal from work injuries without any notable complications, others develop post-injury infections, subsequent injuries, and other adverse issues. Unfortunately, this latter group is likely to experience additional lost time at work. Some may even be at risk for temporary or permanent disability. Worse yet, not all post-injury complications may be compensable. Learn how you can determine if you might be entitled to compensation for your post-injury complication, and where you can find assistance with your claim.

There are many reasons why a post-injury complication may occur. Some may simply be due to a poor immune system or an aging body. Others can be the result of subpar medical treatment. Others still might arise because the employer refused to provide reasonable work accommodations after an employee returned to work from the original injury. Mostly, the reasons are irrelevant to whether the complication or secondary injury is compensable or not. However, there are some circumstances in which the cause of a post-injury complication makes or breaks the case.

In 2010, a dairy worker was hit in the shin by a fully loaded crate. Assuming the injury was not serious, the worker initially ignored it. However, he did go to see his family physician shortly after the incident for treatment. Over time, his condition worsened, and he was ultimately referred to a specialist. He then reportedly tried to report his injury, but was told by his employer that he had done so “too late.” He fought the employer in court but ultimately lost his case.

More recently, a man experienced a MRSA infection because of an on-the-job injury. Though the infection was fully removed and he eventually recovered, he was sent back to work with restrictions. His employer then asked him to seek a second opinion, which he did. Initially, the second physician recommended he continue to avoid certain activities but then released him to work without restriction, despite a lack of change in his condition. He ultimately sued his employer for pushing him to work without restriction and won.

Another recent case was brought to court by the victim’s spouse. The injured man, who had been a trim carpenter, had experienced a work-related auto accident that resulted in damage to his spine. Doctors placed him on opioid drugs to deal with the pain, but months later, he started taking more because he felt the medication was no longer effective. The man eventually died of an overdose, which is why the spouse had sought death benefits. She was ultimately denied.

What do these three cases have in common? What about them is different? One can only guess without examining the full details, but it is highly likely that the cause of complications played a role. For example, the dairy worker experienced complications because he failed to report his injury and seek immediate treatment (which is what his company says they would have recommended). The carpenter’s death cannot be irrefutably linked to the work injury. The MRSA sufferer may have navigated through the claims process effectively and ensured they had documentation, every step of the way.

If you or someone you love has recently experienced a work injury, contact Corsiglia, McMahon & Allard, LLP for assistance. Not only will we protect your rights and assist you with the claims process, but we will also aggressively pursue the most compensation possible for your situation. Schedule a free, no-obligation consultation with our San Jose work injury attorneys to learn more. Call (408) 289-1417 today.