Can I Be Sanctioned for Filing a Workers’ Compensation Case? 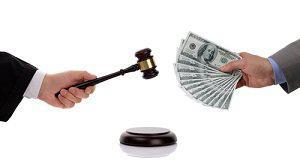 A recent California Court of Appeals case is destined to strike fear into the hearts of injured workers and attorneys representing them. In the May 28, 2015 decision entered in Mario Lopez v. The Fishel Company, the Court of Appeals not only dismissed the injured worker’s (Mr. Lopez) claim for damages against his employer but also granted his employer’s motion for sanctions. This requires Mr. Lopez and/or his attorney to pay the employer a sum to be determined later for filing what the court considered a “frivolous appeal.”

How Did Mr. Lopez get in This Situation?

Mr. Lopez’s troubles began when he was injured while riding in a commercial truck driven by a co-worker. The truck was hit by a car being driven by another person. Mr. Lopez filed a complaint against his employer based on negligence; his employer moved to have the case dismissed based on the workers’ compensation statute. The court did so, dismissing Mr. Lopez’s complaint but allowing him to amend his complaint if he could show his employer did not have workers’ compensation insurance. A second, amended complaint filed on behalf of Mr. Lopez by an attorney was also dismissed. Mr. Lopez thereafter appealed.

What Could Mr. Lopez Have Done Differently?

As serious and tragic this resulting decision is from Mr. Lopez’s point of view, it did not have to end this way. Experienced workplace injury attorneys could have pursued alternative routes to get Mr. Lopez compensation, including: