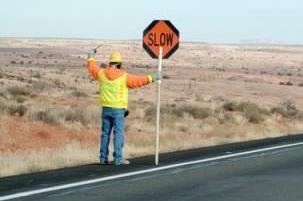 When you think about a work injury, what comes to mind? Do you picture a construction worker falling from a scaffolding? Perhaps your mind’s eye sees a warehouse employee being injured by falling merchandise. Of course, these are both very common examples of workplace injuries, but on-the-job accidents include many other situations as well. In California and across the country, a large number of workers spend at least part of their workday on roadways and streets. Such workers include truck drivers, taxi operators, bus drivers, and even sales professionals traveling from one appointment to the next. Of course, there are also the workers who are tasked with maintaining the roadways and keeping them safe, such as the employees of the California Department of Transportation, or Caltrans.

Working on the side of the highway can be a dangerous proposition, as one Caltrans worker recently discovered in a dramatic fashion.

Earlier this month, several Caltrans workers were performing landscaping work on the shoulder of the Southbound San Diego Freeway. Without warning, a Volkswagen Jetta went out of control, slamming into a parked Caltrans truck, spinning and hitting a second truck. The car then struck a worker who had been trimming plants at the freeway’s edge. The driver and the worker were both taken the hospital with minor injuries.

While the worker, in this situation, was fortunate to walk away with a few minor bumps and bruises, many such workers are not so lucky. As recently as August, another Caltrans worker was killed after being struck by a tractor-trailer on the side of the 14 Freeway in Acton.

If you have been injured in a car accident while you were working, workers’ compensation benefits may be available to you. You may also be entitled to collect additional damages, especially if the driver that hit you was at fault for the accident. In addition to recovering costs for medical expenses and lost wages, a third-party lawsuit could allow you to collect compensation for pain and suffering, property damage, and much more.

At Corsiglia McMahon & Allard, L.L.P., we understand that the weeks and months after an accident can be very confusing. We will work closely with you so that you fully understand your rights and options under the law. If you have been hurt in a work-related car accident, contact an experienced San Jose workplace injury attorney. Call (408) 289-1417 to schedule a free, no-obligation consultation at our firm today.