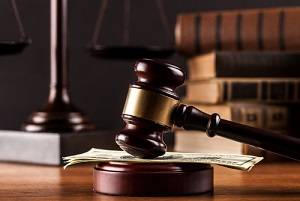 The collateral source rule, which dates from 1854, prohibits the admission in a civil lawsuit of evidence that the victim has already received compensation from a source other than the defendant. Since its introduction, the rule has been labelled as unfair due to the fact that some plaintiffs may receive much more than the actual cost of the injuries sustained in an accident. Members in the opposing camp argue that the rule actually promotes justice by ensuring that defendants cannot escape liability in tortious situations and avoid paying for their negligence. Regardless of public opinion, the collateral rule remains in full effect in California.

The collateral source rule is made up of two parts. The first is evidentiary in nature, and states that a jury cannot be informed if a plaintiff received compensation for his or her injuries from an outside source, such as an insurance provider. For example, if a person suffers $100,000 in car accident injuries, but receives $50,000 in compensation from an insurance company, that information cannot be disclosed to the jury.

The second part of the rule is substantive. It forbids the reduction of damages that the plaintiff receives by what has already been paid by outside sources. For example, the above car accident victim will be able to recover the full $100,000 of the jury’s award of damages, despite receiving $50,000 in additional compensation from the insurance company.

Generally, California adheres to the collateral source rule as it is traditionally interpreted. There are two scenarios, however, where a defendant in a personal injury case is permitted to introduce such evidence.

The first situation in which a defendant is allowed to permit evidence normally excluded by the collateral source rule involves a medical malpractice claim. Under California law, in a personal injury action based on the negligence of a healthcare provider, the defendant can choose to offer evidence of the plaintiff’s receipt of payments connected to the injury. This may include Social Security benefits or workers’ compensation. In the event that a defendant chooses to present this evidence, the plaintiff is then allowed to introduce evidence of any amount already paid to secure his right to those benefits, such as monthly premiums.

The second scenario where collateral source evidence is admissible involves unpaid medical bills. An injured person seeking damages for medical expenses cannot recover any sum that was billed but was not paid, due to reduced fees. This is because damages are intended to compensate for loss or harm to a person. Thus, an injured person can only recover damages in the amount that his or her insurer actually paid. Any additional cost would be outside the parameters of what the plaintiff, in fact, suffered.

If you have been injured because of someone else’s negligence, it is important to retain counsel to find out how the collateral source rule could affect you. Please contact the passionate San Jose personal injury attorneys at Corsiglia, McMahon & Allard, L.L.P. today for a free initial consultation.