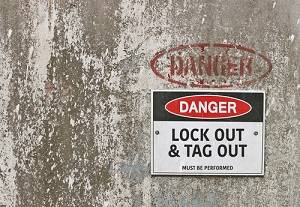 Last month, the California Division of Occupational Safety and Health or Cal-OSHA cited a Santa Barbara motel proprietor with willful violations following the discovery of the removal of a red-tag on what OSHA had deemed as a hazardous scaffold. According to the Cal-OSHA Reporter®, a weekly online publication dedicated to the Occupational Safety and Health Community, the motel owner ignored Cal-OSHA’s red flag determination citing that the scaffold was too dangerous. Cal-OSHA had ordered those employees involved to discontinue working with the equipment to avoid a possible workplace injury.

The motel owner was also cited for failing to report a serious injury this past summer when fall safety deficiencies were also uncovered during the motel’s expansion project. Reports indicate that the owner has pleaded no-contest and faces up to $72,000 in potential penalties and three years probation.

The red-tag system permits Cal-OSHA to investigate significant violations that may pose an imminent threat to human health, safety or the environment on the job site. Upon discovery of a significant violation, which proves an immediate danger to the workforce or the environment, Cal-OSHA will immediately “red-tag” the involved equipment, then notify the operator of the violation within 24 hours. The responsible party has seven days to rectify the problem. It is also unlawful to remove or tamper with an issued red-tag before a follow-up investigation has been completed.

As noted in the industry article, the owner-operator was also cited for failing to file an incident report on injuries due to a fall. OSHA lists Fall Protection as one of the top ten violations under constant review as well as the red-tag instance of faulty scaffolding. OSHA takes Fall Protection very serious and not installing safety equipment or training employees in the use of fall protection equipment are classified as dangerous work practices.

Cal-OSHA also protects workers by not releasing the name of any worker who files a complaint due to faulty equipment or Cal-OSHA regulated safety practices.

If you employer has removed a Cal-OSHA issued red-tag and you have experienced a workplace injury due to faulty or improperly constructed equipment your employer or the equipment manufacturer may be liable for your injuries. The trusted Monterey workplace injury attorneys of Corsiglia, McMahon & Allard, L.L.P. are experienced in all types of workplace accidents, including construction accidents, falls and falling objects, and scaffolding and ladder accidents. Contact our offices at (408) 298-7200 to learn more about our legal services today.

Sources:
Contact Us
Practice Areas
Client Reviews
★★★★★
I absolutely cannot speak highly enough of CMA Law, particularly of Mr. McMahon, with whom I have had the most experience. My entire family and I trusted CMA with our case following a significant and life-altering vehicle accident, and to say they delivered is putting it lightly. They were reachable & personable at every stage of this arduous, complex, and scary process, made things easier at every stage, inspired us with confidence, and delivered results. If you're looking for a law firm to place the trust of you in your family in, look absolutely no further than CMA - this is your firm. Declan O.
★★★★★
I suffered a severe spinal injury while working as a farm mechanic in the Salinas Valley. The attorneys -Tim McMahon and Mark Sigala were fantastic from the beginning. They fought for me over 3 long years and in the end, we won a difficult liability case against the farm company who was using dangerous equipment. The defendants in the case tried everything to put the blame on me and even claimed I was their employee in order to avoid civil responsibility. Tim and Mark never gave up on me and my case. I cannot recommend them highly enough. They are fighters. Adrian A.
View More Reviews
Submit a Law Firm Client Review