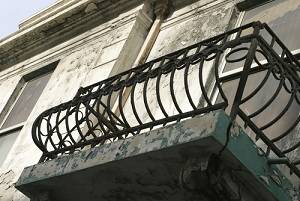 Early this morning, a fourth-floor balcony in Berkeley, California collapsed. The incident killed five people, and eight others were treated for injuries. According to the Irish government, some of the victims were young Irish nationals.

When police arrived at the scene, 13 people in total had fallen from the balcony. Four were pronounced dead at the scene, and the fifth victim passed away from injuries at the local hospital. Berkeley Police authorities are working to determine what caused the balcony failure. A neighbor reportedly took two people to the hospital after the incident, but these victims were unaware of the tragic deaths that had also occurred. Ireland’s Department of Foreign Affairs announced that there were a number of young Irish citizens seriously injured in the event. Ireland’s U.S. ambassador offered condolences to the victims and their families.

Disastrous occurrences, such as building failures, occur all too often, and victims’ rights should always be the foremost concern in these types of situations. An experienced attorney or law firm, who understands the nature a catastrophic incident, can help victims exercise their right to seek compensation. Those responsible for building maintenance or ownership should be held responsible for physical and emotional injuries or wrongful death.

The California personal injury attorneys at Corsiglia McMahon & Allard are experienced in handling cases of loss and injury, with a proven record of holding negligent parties accountable. Attorneys Timothy McMahon and B. Robert Allard have been honored in the Top 100 Trial Lawyers by the National Trial Lawyers association for their exemplary work as civil plaintiff attorneys. Both McMahon and Allard are also members of the The Irish Legal 100, made up of some of the most distinguished attorneys of Irish decent from across the United States. Members of the 100 represent the Irish Network designed to bring people together and advance interests of the Irish in America.

Our firm is saddened by the news that young Irish lives were affected by this unfortunate event. If you or a family member has experienced an injury or death due to a building failure or other premises liability action, contact a California personal injury lawyer today. The law office of Corsiglia McMahon & Allard works diligently to get our clients the compensation and peace of mind they deserve. Call our law firm today at (408) 289-1417 for a complimentary consultation.