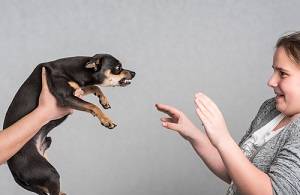 California law protects those who have been bitten by dogs by providing that the dogs’ owners are strictly liable for injuries resulting from the dog bite. However, there are several exceptions to the strict liability statute, which may result in decreased liability on the part of the owner.

California’s dog bite statute provides that a dog owner can be held strictly liable for any injuries caused by his or her dog. This means that the owner is responsible for compensation for any injuries if:

California does not have a one free bite rule, so a dog owner may not escape liability if the dog had never bitten anyone previously and had not demonstrated vicious tendencies. However, there are several other defenses available to the strict liability statute.

To recover under the strict liability statute, the victim must have been on public property or lawfully on private property. Thus, if the victim was trespassing, the trespass constitutes a defense for strict liability. A person is lawfully on private property if his or her presence is permitted by law, which includes mail carriers and emergency service personnel, or if the property owner permits the victim’s presence, such as with a social guest.

California’s statute specifically refers to dog bites, so if the dog simply knocked the victim over or jumped on the victim, the statute does not apply. Even if a victim is injured by a dog attack, if the injury was not caused by a bite, specifically, then the victim may not recover under strict liability.

The statute does not require the skin to be broken, though. Thus, other injuries, such as bruising or nerve damage, are compensable under the statute, as long as they were caused by the dog biting the victim.

If the victim provokes the dog to attack, he or she may not sue under the statute. Provocation can include teasing, tormenting, hitting, or abusing the animal. Even unintentional provocation, such as disturbing its food, stepping on its tail, or invading its space, may serve as a defense for the owner.

Children under the age of five, however, can recover despite provocation, because they are too young to act with reasonable care. Normally, a person must take measures to interact safely with and avoid provoking animals, but young children do not know better, so California law provides them with extra protection.

If a victim assumes the risk of a dog attack, then he or she may not recover under the strict liability statute. Assumption of the risk means consenting to participate in an activity despite knowing of a specific danger. In the context of a dog bite, a victim may assume the risk of attack by interacting with the animal despite an owner’s warnings or a beware of dog sign. This defense also applies to those who work with dogs and assume control or possession of the animal, such as veterinarians, groomers, trainers, or boarders.

California’s dog bite statute specifically states that if the dog was involved in police or military work, the victim cannot sue the government for damages for any injuries resulting from a bite.

Fortunately for victims, the strict liability statute is not the only way to recover for injuries resulting from a dog bite. Instead, victims may be able to recover via a common law negligence theory. However, this requires proving that the dog’s owner’s negligence allowed the dog to attack the victim. Recovering damages under strict liability is easier, because the victim does not have to prove the owner’s negligence. In fact, the owner could have taken every precaution to prevent attack, but if the dog bites the victim, and no defenses apply, then the owner is liable.

If you have been injured by a dog bite or other animal attack, please contact the passionate San Jose personal injury attorneys at Corsiglia, McMahon & Allard, L.L.P. to discuss your options.