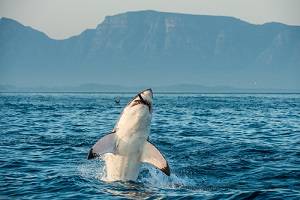 For those who are injured by an animal attack in California, determining who is liable depends upon several factors. For attacks by wild animals, the issues to be considered are whether someone owned the animal and whether the attack occurred on public or private property. California law allows victims of wild animal attacks to obtain compensation for their injuries in several situations.

Wild animals, for purposes of attack liability, are those animals that are not of a type that has been generally domesticated. Wild animals are likely to cause injury unless restrained, and are presumed to have dangerous propensities. Lions, tigers, bears, wolves, monkeys, elephants, and sharks all have been considered wild animals by California courts.

Domesticated animals generally considered tame, so if they cause an injury, liability is determined using a negligence standard. But wild animals are deemed inherently dangerous for purposes of California law, and owners are strictly liable for damages caused by their animals, even if they took reasonable precautions to prevent injury. Further, under strict liability, there is no need to determine whether the owner knew that the animal was vicious, because wild animals are legally presumed to be vicious.

A common defense to strict liability for wild animal attacks is assumption of risk. If the victim does something to bring the attack on him or herself, voluntarily creating a risk of injury, the animal’s owner may escape liability. For example, a person who rides bulls in a competition and is injured by one of the animals has assumed the risk of injury by interacting with the wild animal.

Property owners are not strictly liable for animal attacks happening on their land, but they may be liable if they were negligent. Historically, visitors to others’ property were divided into three classifications: trespassers, business invitees, and social guests, or licensees. Property owners had little to no duty of care toward trespassers but had to take reasonable care to protect the safety of invitees and social guests.

However, under current law, landowners are required to take reasonable care to protect anyone on their property. The steps a property owner must take to avoid liability, of course, differ depending on whether he or she is aware of the visitor’s presence.

In some places, state and local governments can be held responsible if a wild animal injury occurs on public land. But in California, the California Tort Claims Act protects governmental entities from liability for injuries caused by natural conditions on unimproved public land. Wild animals are considered to be a natural part of that land, so governments cannot be held liable for injuries resulting from such attacks. Further, there is no requirement that the government put up warning signs or take other measures to ensure safety from wild animals.

This is because the state wants to encourage people to use public land, such as hiking trails and parklands. Making the state liable for animal attacks occurring on that land would be too much of a burden. In order for public lands to be kept open to the public, visitors to the land must assume the risk of wild animal attack.