Trial Attorneys Helping Injury Accident Victims
Results Count. Hundreds of Millions Won for Injured Victims.
Contact Us
Home
Articles
Am I an Independent Contractor? Why the Answer May Make All the Difference

Am I an Independent Contractor? Why the Answer May Make All the Difference 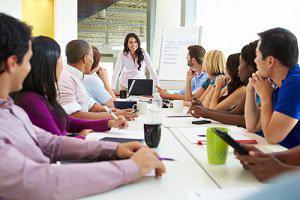 Ride-sharing company Uber is facing a legal dispute that has ensnared countless companies over the years, according to a recent Forbes article. At issue is whether drivers who sign up and get paid for chauffeuring others through Uber are employees or independent contractors of Uber. The issue made headlines when a Florida driver who picked up passengers using Uber was involved in an accident. The man filed for unemployment benefits, arguing that he was an employee of Uber despite Uber’s website clearly indicating that drivers are independent contractors. The Florida Department of Economic Opportunity agreed and found that the driver was in fact an employee of Uber.

The employee/independent contractor distinction is important not only for disputes involving unemployment benefits, it can have important consequences when it comes to workers’ compensation benefits, too.

What is an Independent Contractor?

Courts and adjudicatory bodies usually determine who is an employee of a particular company on a case-by-case basis. If a person is not an employee, he or she is likely an independent contractor. In making this determination, there are several factors that the decision-maker looks for that might indicate a person is an independent contractor, such as:

Why Does it Matter if I am an Independent Contractor of a Company?

If you are found to be an independent contractor of the company you work for, the bad news is that you likely are not covered by the company’s workers’ compensation insurance. This means you are not guaranteed benefits if you are injured or become ill while at work (unless, of course, you carry such insurance for yourself). While this allows you to bring a personal injury lawsuit against your “employer” if the employer is responsible for your injuries, you may have to wait a considerable amount of time and expend some money upfront to be awarded damages for your injuries.

Do Not try This Alone

If you have been injured on the job and believe you or a responsible party may be an independent contractor, contact the skilled San Jose workplace injury attorneys at Corsiglia, McMahon & Allard, L.L.P. We can help you determine if you are considered an employee or independent contractor and what your exact rights to compensation consist of. We will also help identify all parties that are responsible for your injury and work to get you the compensation you deserve.