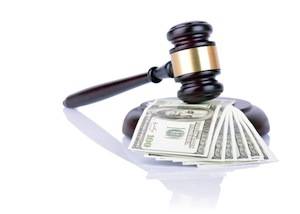 In personal injury law, an affirmative defense is a set of facts, which, if proven by the defendant, mitigates the legal consequences of the defendant’s unlawful conduct against the plaintiff. These defenses can be based on the specific facts of the case or can arise from the governing law. If you have been accused of negligently injuring another person, an experienced attorney may be able to help you avoid liability through the use of an affirmative defense.

A superseding cause exists when some event taking place after the defendant’s negligence caused the accident. In order to avoid legal responsibility for a harm caused to the plaintiff, the defendant must prove that:

If the defendant successfully establishes this, then the jury will decide how much responsibility each person bears and assign them percentages. Any award made in favor of the plaintiff must be reduced by an amount equal to the percentage of the fault of the third parties.

The affirmative defense of primary assumption of risk applies when a plaintiff is injured while participating in a dangerous activity. In order to support this defense, a defendant must show that the plaintiff voluntarily and knowingly assumed the risks inherent to the activity in which he or she was participating at the time of the injury.

This means that the plaintiff must have either expressly or implicitly relieved the defendant of the duty of care to mitigate the risk by participating in the activity. However, the plaintiff must have known and adequately contemplated the particular risk that caused the injury in order for this defense to be available to the defendant. Even if the plaintiff did assume the risk of being injured during participation in the activity, a defendant will not be absolved of responsibility if his or her actions were reckless in nature.

Situations where this defense is most commonly asserted during participation in risky recreational activities include:

If you or a loved one have been injured due to another’s negligent act, please call the experienced San Jose personal injury attorneys at Corsiglia, McMahon & Allard, L.L.P. for a free consultation.