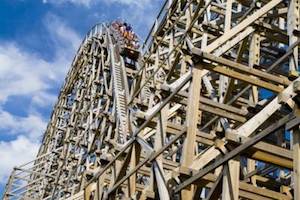 A trip to an amusement park or a water park is practically a summer tradition for many families. In California, of course, there is often no need to wait for summer, as the weather is usually conducive to an amusement park visit any time of year. During such a visit, parents are willing to endure long lines and expensive food prices in exchange for the priceless looks of joy on the faces of their children. In some cases, it is the adults themselves who get the most out of an amusement park.

Amusement park rides undergo intensive testing and regular inspections to ensure that they are safe for the children and adults who ride them. Unfortunately, accidents still happen, and when they do, injuries may occur.

Cedar Point in Sandusky, Ohio, bills itself as “The Roller Coaster Capital of the World.” The park is owned and operated by Cedar Fair Entertainment Company, the same company that operates Knott’s Berry Farm in Buena Park, California. Earlier this month, Cedar Point opened for the season as it introduced a new high-profile attraction—a steel-wood hybrid roller coaster called Steel Vengeance. The ride is reported to hold ten world records, including for being the tallest, fastest, and longest hybrid coaster, as well for the most airtime, or feeling of weightlessness, of any coaster of any type in the world.

At about 1:30 p.m. on opening day, an accident on the new coaster forced the ride to close for the rest of the day. Park officials say that one of the ride’s trains had completed its circuit and was returning to the station when it failed to stop properly and bumped into another train. In a statement, Cedar Point indicated that four riders were examined by medical staff but none suffered reportable injuries. All four reportedly returned to the park the same day.

While the ride reopened the following day, it is not back to normal operation, at least not as of this past weekend. Since the accident, park officials are only allowing Steel Vengeance to operate with a single train. The coaster’s manufacturer has been making “adjustments to the ride” to prevent future problems.

Injured at an Amusement Park?

Thrill rides like roller coasters are appealing to many because of the adrenaline rush created by simulated danger. Unfortunately, the danger is all too real in some cases. Every year, thousands of individuals seek medical attention for injuries caused by unsafe amusement park rides. If you or your child has been hurt during a trip to an amusement park, contact an experienced San Jose personal injury attorney. Call (408) 289-1417 for a free consultation today.