A Quick History of the Hard Hat 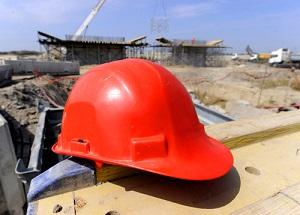 When you think about a construction site, you probably picture a partially built structure surrounded by a number of heavy machines and dozens of workers from various contracting companies. What are the workers wearing in your mental picture? Chances are you see them in heavy boots, high-visibility clothing, tool belts, and hard hats. Hard hats are so common on worksites today that we hardly give them a second thought. This important piece of safety equipment has an interesting history that dates back about 100 years.

The first commercially produced hard hat was patented in 1919 by E.W. Bullard, a World War I veteran who was looking to protect gold and copper miners from falling objects. Bullard based his design on the “doughboy” helmet he had worn in the war, and he constructed it out of steamed canvas, glue, black paint and a leather brim. The steaming process gave the product its name—the “Hard-Boiled Hat”—and Bullard added a suspension device to increase comfort and safety.

While the hats were originally designed for miners, they became very popular among workers on the Hoover dam—a project that began in 1930. Some attempted to make their own with canvas hats and tar, but the supervising companies eventually purchased mass-produced hard hats and distributed them to the workers. Use of the hats was highly encouraged but not mandatory.

A couple years later, work began on the Golden Gate Bridge in San Francisco. On that project, falling rivets presented a serious danger to workers, and the worksite became the world’s first designated “hard hat area.”

By 1940, hard hat manufacturers began using aluminum as the material of choice for most hard hats. Obviously, those working near electricity could not use them, but aluminum hats are still in use today in a number of industries. As material technology improved, hard hats became available in fiberglass, plastic, and other materials, with specialized plastic eventually setting the standard.

Today, some industries have begun experimenting with safety helmets instead of hard hats in an effort to provide better side-of-the-head protection. These helmets are also equipped with chin straps so that they will not fall off if the wearer stumbles or falls from a ladder, for example. A helmet can even be equipped with a visor that meets federal eye-protection requirements and eliminates the need for separate safety glasses. The use of helmets is likely to increase in coming years, as they seem to provide more complete protection for workers in dangerous areas.

If you have been injured by a falling object on a worksite, it is important to understand your options for collecting compensation. Contact an experienced San Jose workplace injury attorney for guidance. Call (408) 289-1417 to schedule an appointment with Corsiglia McMahon & Allard, L.L.P. today.