A Brief Overview of Cal / OSHA 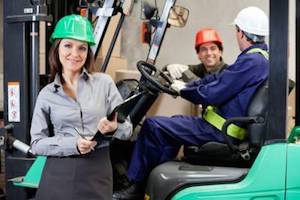 You may have seen posters or notices posted around your warehouse that encourage workplace safety. Or, perhaps you have noticed books of disclosures about the dangers of particular chemicals that you use to do your job. Either way, you are undoubtedly familiar with the idea of regulatory oversight—which means that certain entities are responsible for ensuring that all rules are properly followed so that the safety of workers is not compromised. At the state level in California, much of that responsibility falls under the Department of Industrial Relations and, in particular, on the Division of Occupational Safety and Health—more commonly known as Cal/OSHA

Unlike many other government agencies, there is not an obvious correlation between the full name of the division and the commonly-used nickname. For example, the California Department of Transportation is typically called Caltrans for understandable reasons. So, how did we get Cal/OSHA from the "Division of Occupational Safety and Health?" Despite not being as obvious, the nickname actually works quite well on several levels.

First, the legislation that gave the division its authority to enforce workplace safety regulations was enacted in 1973 as the California Occupational Safety and Health Act, or—as you might have guessed—Cal/OSHA. The measure was a response to the passing of the federal Occupational Safety and Health Act in 1970, which allowed states to establish their own agencies for overseeing workplace safety. The federal law also created the Occupational Safety and Health Administration, which quickly became known as OSHA. Thus, the agency entrusted with enforcing rules in accordance with Cal/OSHA performed on a state level many of the same duties as OSHA did on a federal level. Over time, the name Cal/OSHA became a colloquialism for the regulatory body itself, as well as the original state legislation.

The Goals of Cal/OSHA

The stated mission of Cal/OSHA is to protect the health and safety of men and women who work throughout the state of California. The agency is also responsible for the safety of those who ride on state’s elevators, amusement rides, and tramways. Cal/OSHA looks to meet these goals by:

As part of its role, Cal/OSHA has the authority to levy fines and other sanctions against employers who fail to comply with established guidelines and rules. The agency’s authority extends to virtually all employers within the state of California with the exception of the federal government. Cal/OSHA also provides information to workers regarding their rights to a safe, productive working environment.

If you have experienced issues with safety in your workplace and are not sure how to have your concerns addressed, contact an experienced San Jose workplace accident attorney. We will help you find the appropriate avenues for correcting the problems, and, if you have been hurt, collecting the compensation you deserve. Call (408) 289-1417 for a confidential consultation at Corsiglia McMahon & Allard, L.L.P. today.